AstraZeneca is a Global innovative-driven biopharmaceutical company where they do fundamental scientific and hi-tech medical research. It’s a world wide collaboration of scientists in a collaborative working environment with state of the art laboratories situated around a massive courtyard garden with Oak trees.

Under one of these Oak trees this steel sound sculpture is situated as a huge metal nerve cell covered with 22 thousand bicycle bell caps composed by hand. In autumn a connection is being made by the falling acorns on the bicycle caps of the sculpture.

The sculpture is derived from a human nerve cell; the fundamental units that make up the human body. Nerve cells transmit information between different parts of the body. Forming networks of nerve cells through which signals, or synapses, can be sent. Like the collaboration of scientists to share knowledge. Resemblance between action and function of nerve cells and AstraZeneca. They both connect and communicate.

Due to the fact that it wasn’t allowed to put any art inside the building Ronald van der Meijs came up with the idea to use AR inside the building. The arms of the outside sculpture present themselves inside the building on several places in the form of virtual fragments of the huge outside cell. To be seen with a smart phone or tablet. The augmented reality design was developed in collaboration with Luciano Pinna.

This sketch assignment was commissioned by AstraZeneca and Herzog & De Meuron, Cambridge, United Kingdom in 2015 – 2016. 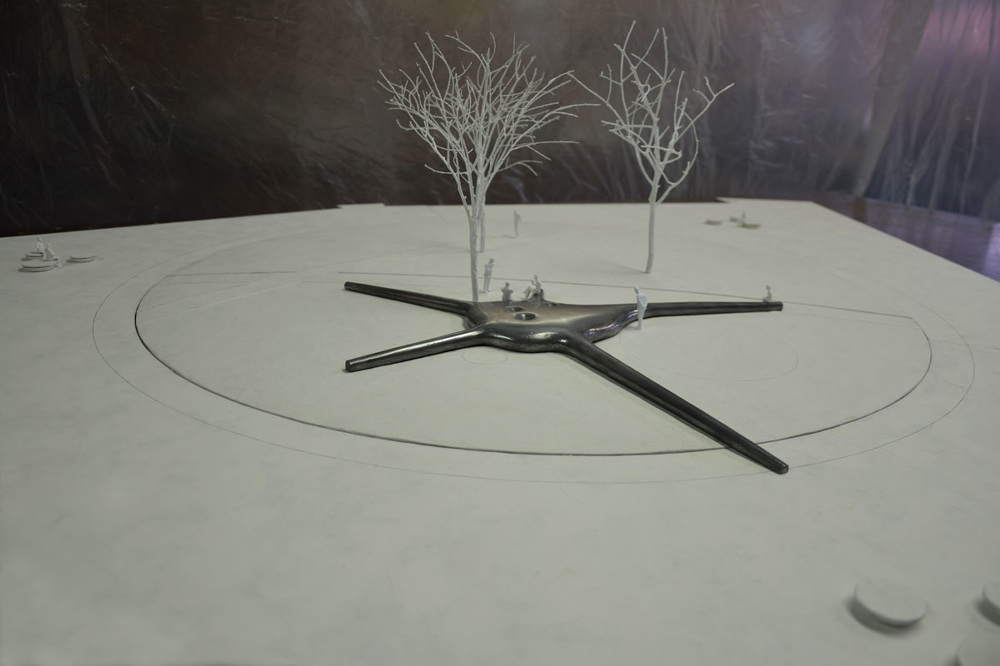 Maquette of Ronald van de Meijs‘s sketch for the courtyard. 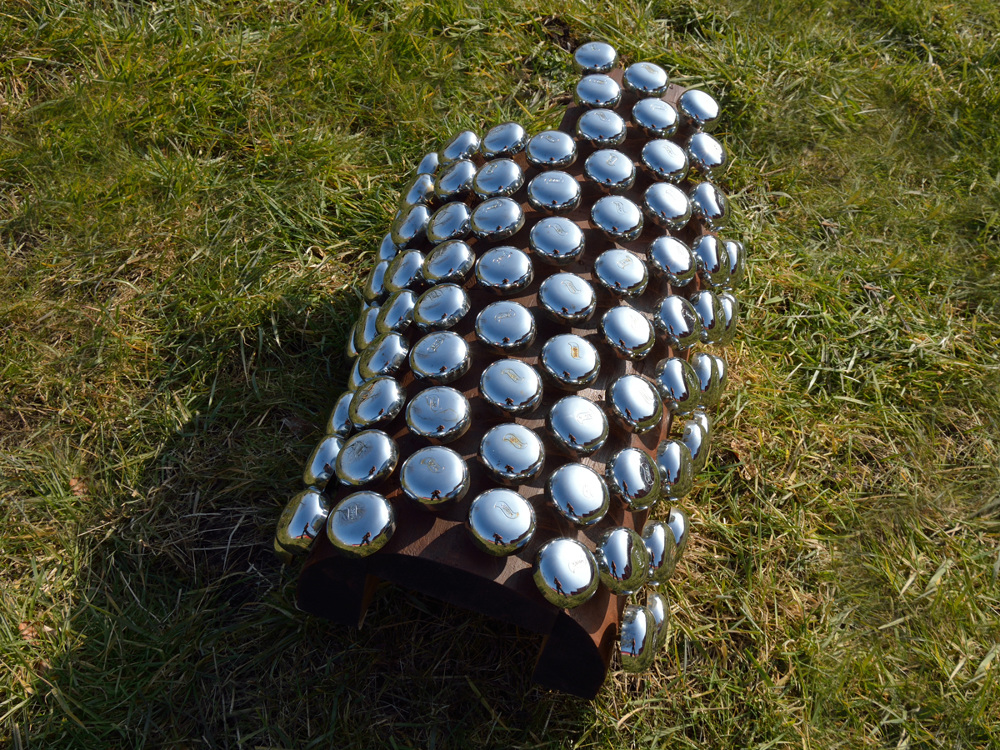 Sculpture constructed from Corten steel with a skin of 22.000 chrome bell caps 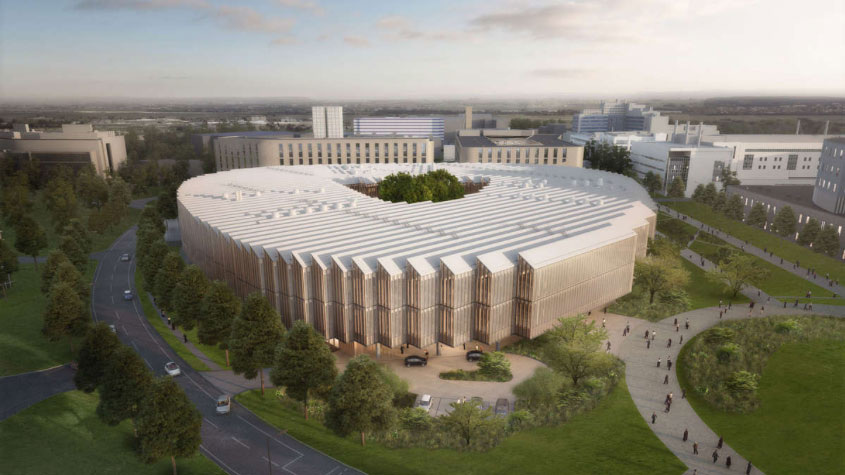 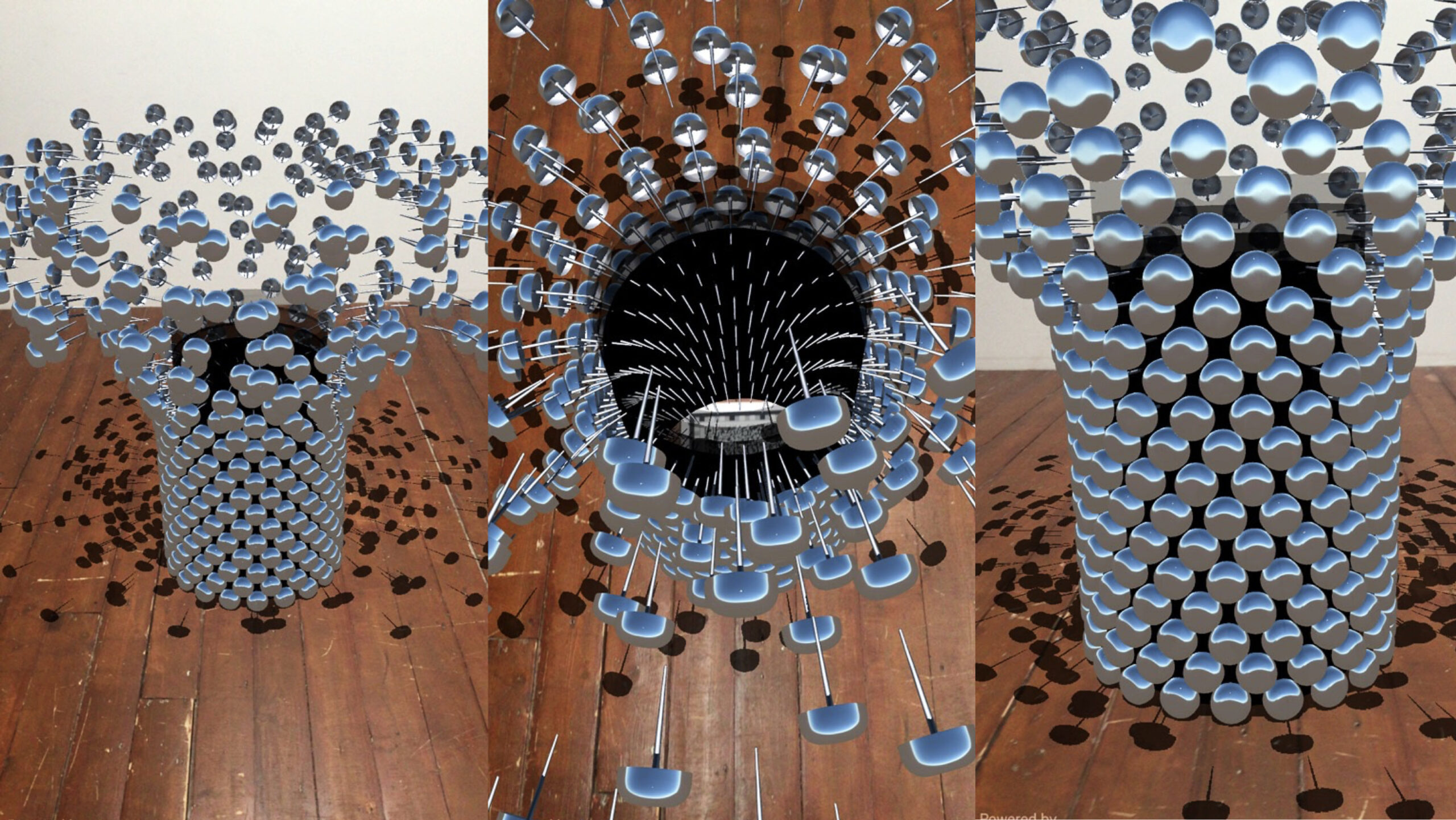