The city of Eindhoven is on the forefront of technological innovations, with the neighborhood and former industrial park Strijp-S being an incubator with hundreds of creative companies. Among the many areas of research is the concept of smart cities. A city that adapts itself to its inhabitants and a particular situation. The premise of Strijp-X was to highlight these projects in an innovative way.

For Strijp-S, LAVA in collaboration with Klasien van der Zandschulp and Luciano Pinna, developed an augmented reality app to show the smart, sustainable projects and future plans of this area, using a pre-existing large scale maquette. 4 subjects were chosen to highlight in AR, bringing them together in a test-lab-experiment. Users would become volunteer test subjects and have their happiness, energy, movement & sound tested.

Each visitor would get a prepared smart phone and headset on location. While walking around the maquette a voice-over would guide them through the experience and point out the smart projects. In AR lamps would light up, trains would pass by, a bus would make a stop or the sun would turn into a disco ball and the party started. At the end of the experience a summary showed their level of involvement.

Strijp-X was presented at the Dutch Design Week 2018, from October 21 to 29 at Videolab. After the DDW the augmented maquette could be visited on appointment.

The 3D platform Unity was used to create the Augmented Reality experience. In order to combine the physical maquette with the AR layer, the Google Tango (now ARCore) technology was chosen running on special Tango-enabled smart phones. Tracking of the maquette was achieved by first scanning it using the AreaLearning functionality and saving on device. The occlusion was being achieved by a virtual 3D maquette provided by Strijp-S. Virtual triggers were placed around the maquette that would trigger an experience when a visitor would step into one. 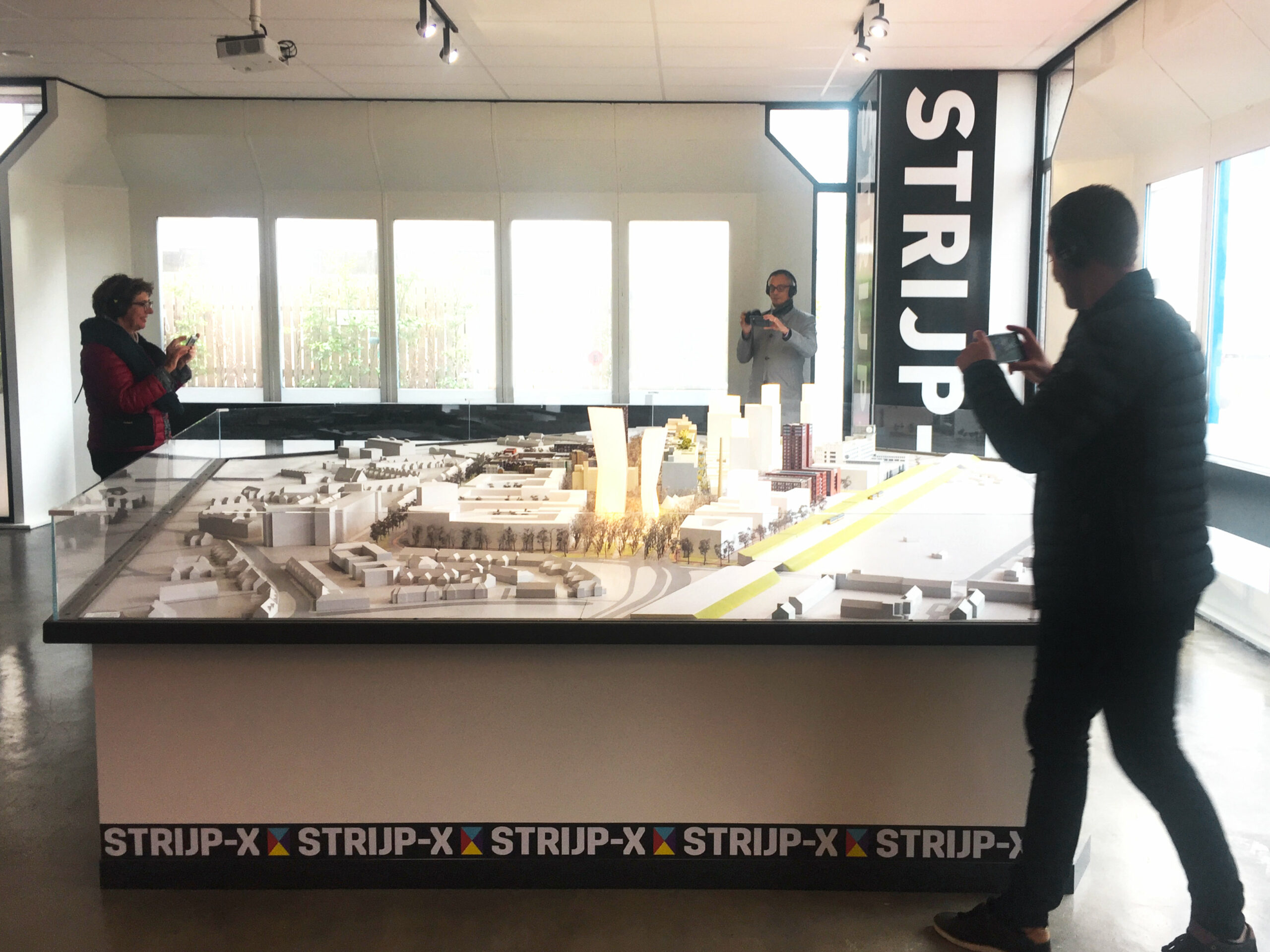 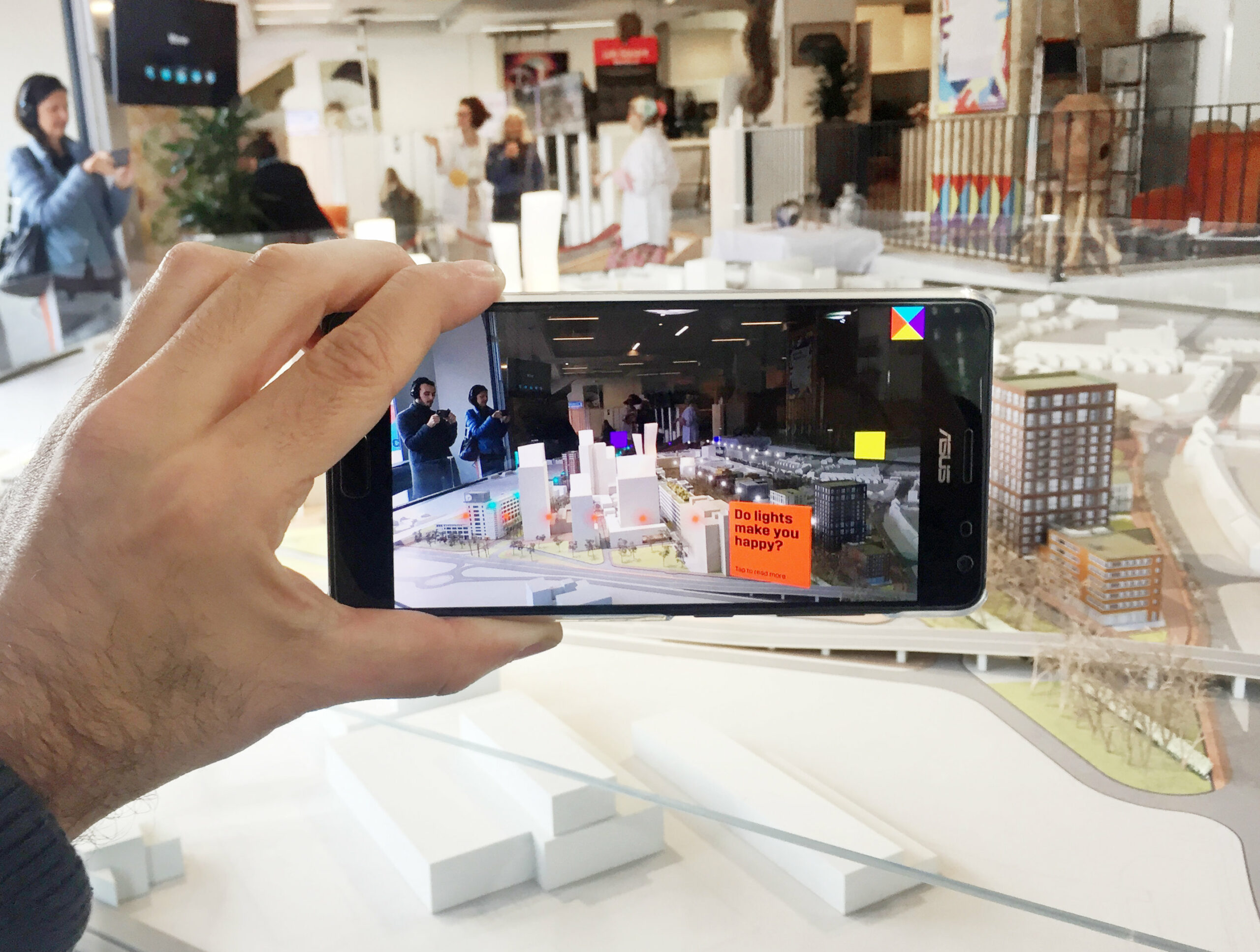 The smart lights experiment. Visitors would light up a lamp by point at it. 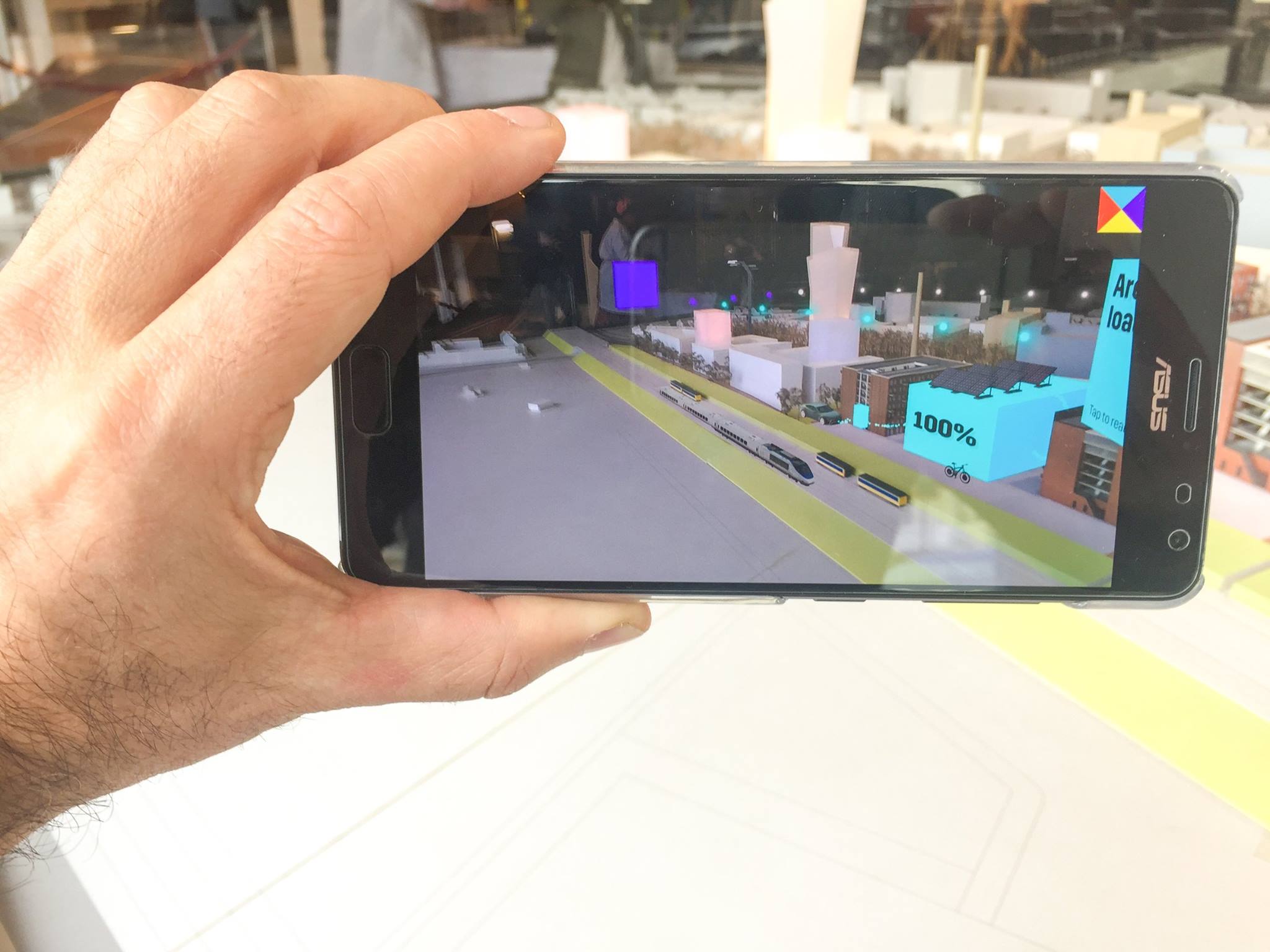 The smart energy experiment, also showing a virtual train moving along a stationary physical one.

Short clip showing a virtual bus driving through the maquette and being checked for maintenance through mics in the street by monitoring the sound it produces. 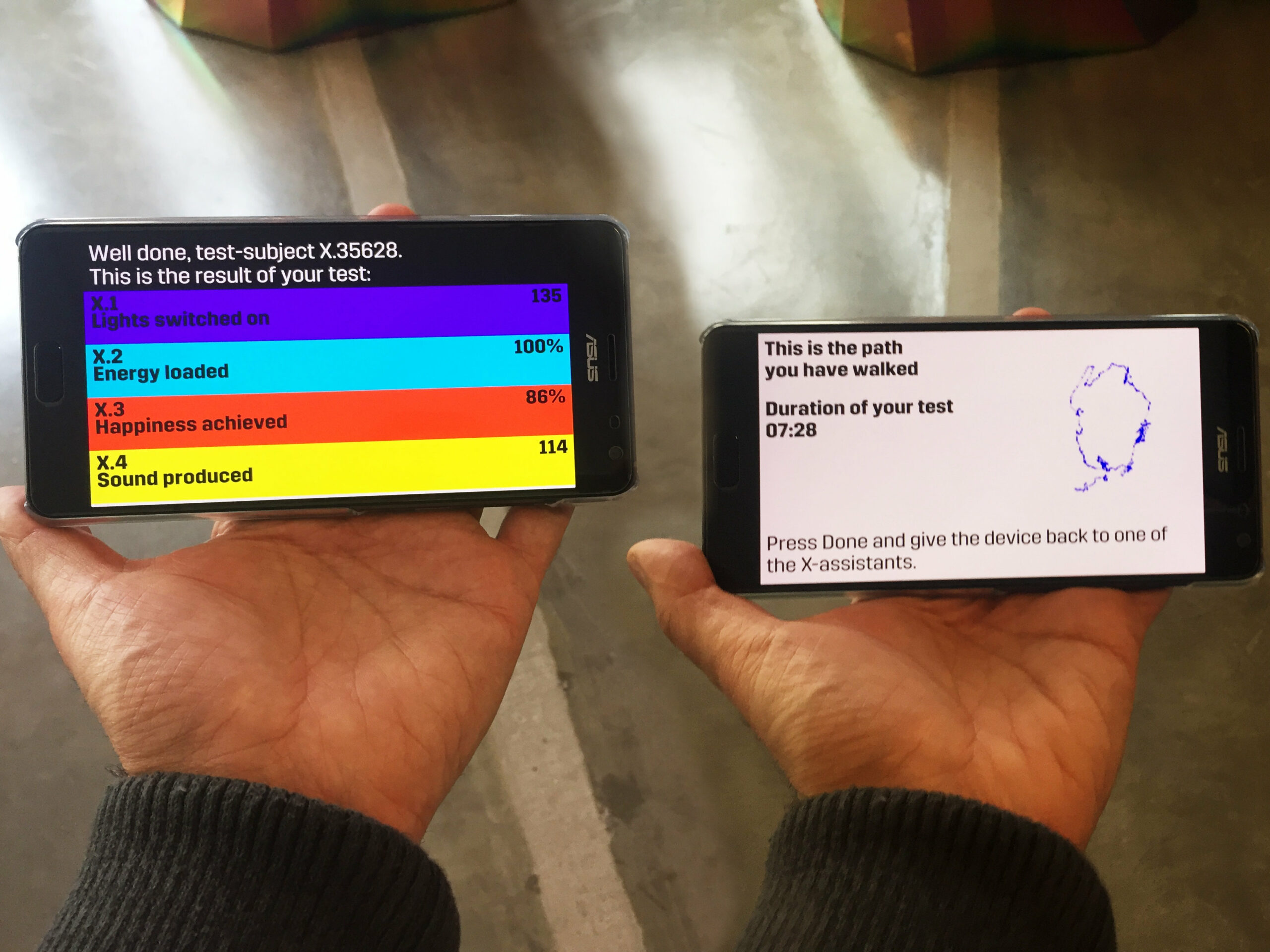 Collage of the test results at the end of the experience.