With Google Glass being worn as a fashion statement on catwalks across the world, augmented reality did have its premiere in the world of fashion. But during the Amsterdam Fashion Week in Januari 2013, fashion designer Marga Weimans took that development one step further, by launching the first ever full-blown augmented reality dress. Not by just printing a 2D AR marker on a piece of clothing, but by using 3D-tracking and an occlusion effect, enabling the augmented additions to weave around the wearer of the hyperfabric dress.

With her interdisciplinary approach to fashion, even integrating elements of architecture in her creations, Marga Weimans always had to deal with limitations related to the physical wearability of her creations. But not anymore. Her exploration of the hyperfabric material has brought the infinite possibilities of virtual reality into the real world. Concepts that could previously not be created for real, can now be realised, even become prêt-à-porter, opening up new possibilities for fashion designers, allowing them to work with flexible designs that adapt to their environment.

The hyperfabric dress could be experienced inside a Junaio AR channel, and was written using the Augmented Reality Experience Language (AREL). It used full 3D tracking with the 3D scan created using the Metaio Toolbox. The animations were written in Javascript and for the occlusion a basic static 3D body model was used.

Marga Weimans Body Archive collection was nominated for the Rotterdam Designprijs 2013, which included the augmented reality dress. As part of the nomination, the dress was exhibited in the Museum Boijmans Van Beuningen.

The augmented reality dress is the result of a collaboration between fashion designer Marga Weimans and the experience artists Sander Veenhof and Luciano Pinna. 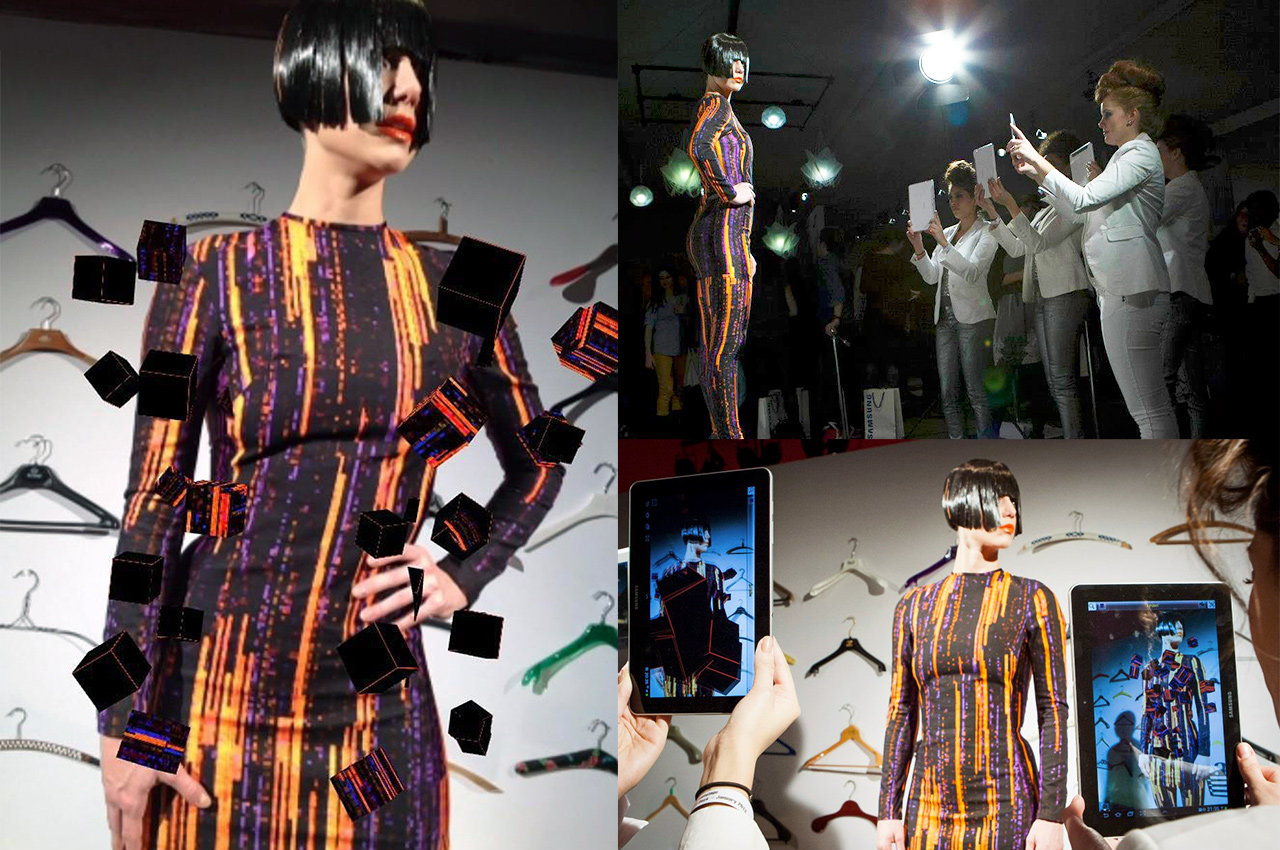 Hyperfabric dress as shown during the Amsterdam Fashion Week 2013. 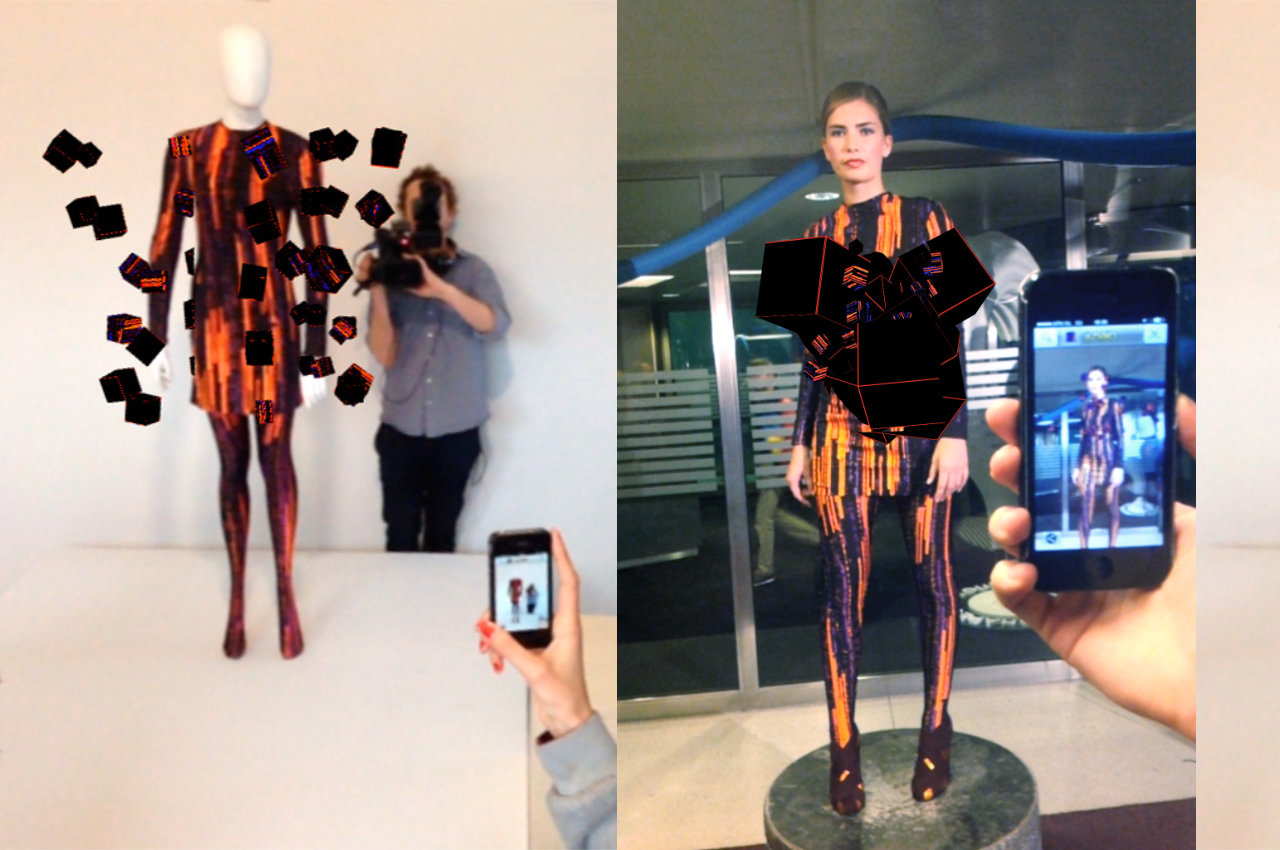 Collage of the AR dress at Museum Boijmans Van Beuningen Rotterdam and TodaysArt Festival 2013 The Hague.